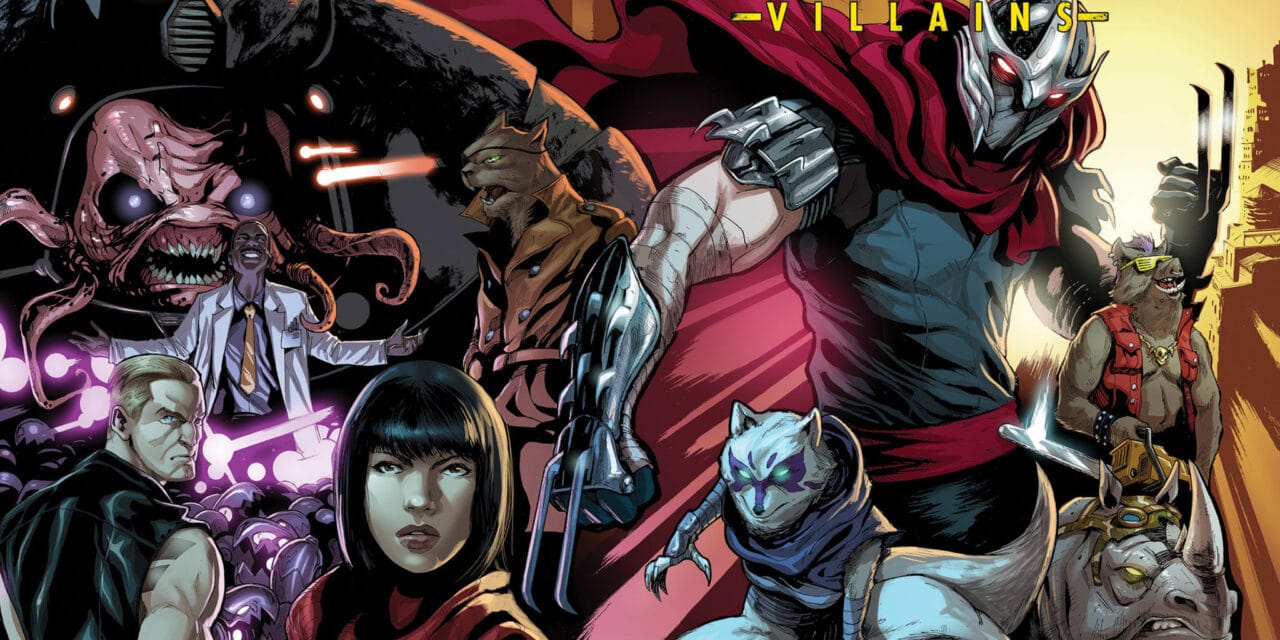 THE BEST NINJA TURTLE VILLAINS ARE…

Everybody knows the Teenage Mutant Ninja Turtles; those human sized pizza-loving turtles who like to scream “Cowabunga” every time they are about to do something really cool and were trained by a mutant rat that mastered ninjutsu called Master Splinter… Yeah, I’m talking about those turtles.

Since the Teenage Mutant Ninja Turtles debuted in 1984 in their own comic book there have been movies, TV series, video games, concert tours and a million of action figures. The teenage mutant ninja turtles have stood the test of time; they have a huge fanbase and are one of the most popular comic characters ever. I used to watch the 2003 animated series and it was one of my favorite TV shows back in the day.

Throughout their adventures; Leonardo, Raphael, Donatello and Michelangelo, the original ninja turtles, have faced a lot of villains; some remembered and some not so remembered. So today I will speak about the 10 best ninja turtle villains, so let’s begin: 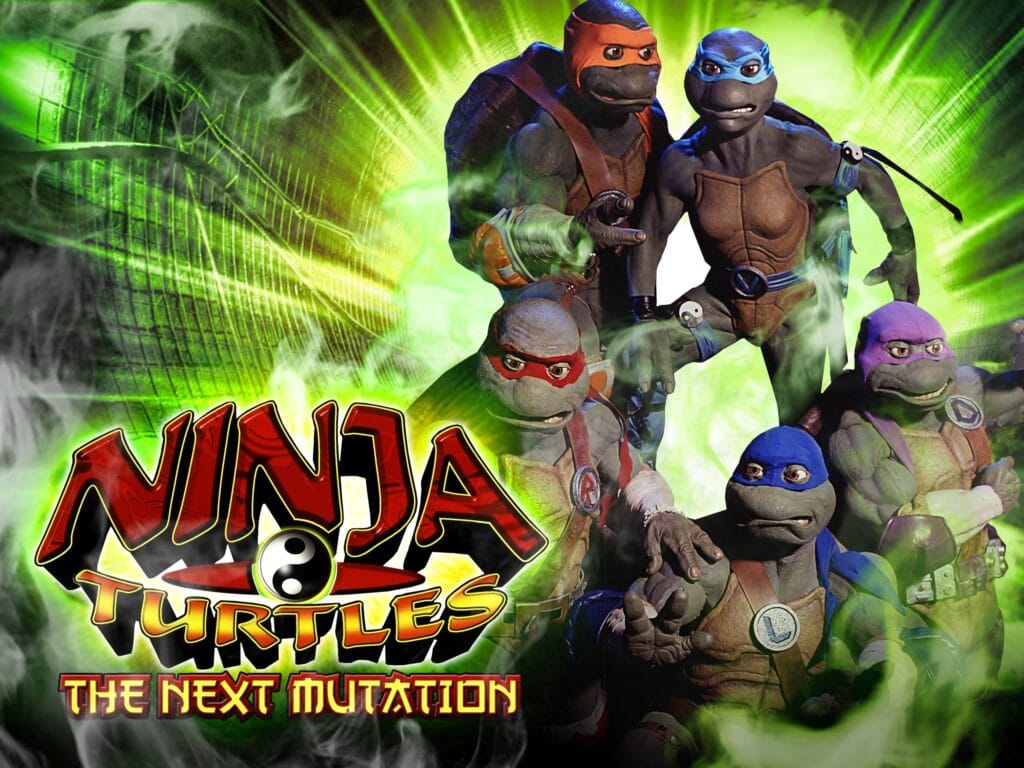 10. The producers of Ninja Turtles: The Next Mutation

You think I’m joking right? But no, I’m not joking. The executive producers, Haim Saban and Lance H. Robbins of this short-lived TV show tried to emulate the famous Power Rangers, but they ended making a very bad live-action show of this franchise. In fact, they even made an infamous crossover with Power Rangers in Space at some point of this disaster. 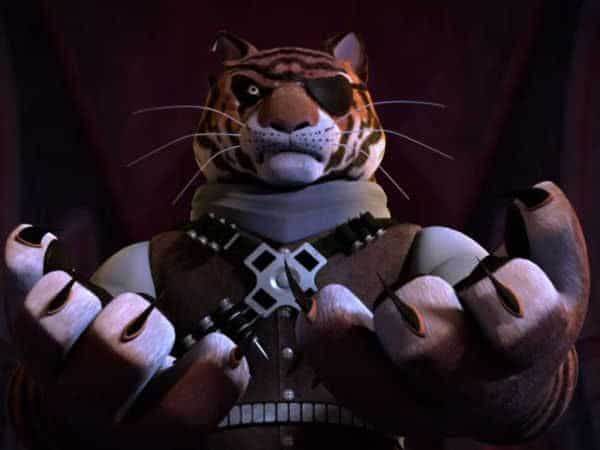 A skilled mutant tiger assassin, bounty hunter and also, Alopex’s brother. He became a Shredder’s hench-mutant when Shredder was looking for new recruits and assassins. He made his debut back in 2012 in the tv series. He is one of those villains that you can feel sympathy for, because he became a great evil because of someone else’s actions. I really like his appearance, he uses a machete for swordsmanship, carries two modified pistols which can blast lasers and also, he has a jet-pack, I always wanted my own jet-pack. His real name is Takeshi by the way.

Alopex is widely considered one of the best modern TMNT villains. She was introduced in 2011, not so long ago, and later she became a major force in the franchise thanks to her participation in the 2012 TV series. By the way, she is also a mutant ninja, and with her brother, the hard-boiled Tiger Claw, they are a fierce foe of the turtles. She eventually rebelled against Shredder and became an ally of the turtles, and also a romantic interest for Raphael. 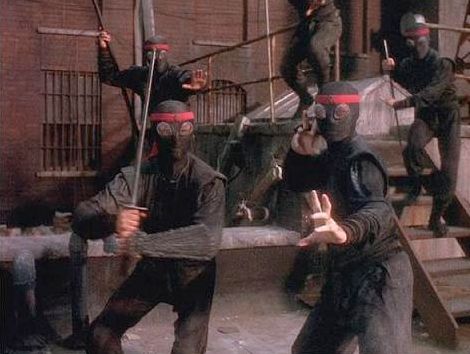 Better known as the Shredder’s army. Wherever the Shredder is, the Foot Clan is always at his side. This ninja army has been portrayed in a number of ways since their debut; from robots in the 1987 cartoon to lost teenagers looking for a new home in the 1990 movie. They have always been a constant villain since the beginning of the franchise; actually, they are the most common villain in the franchise along with Shredder, they have fought the turtles more than any other villains. 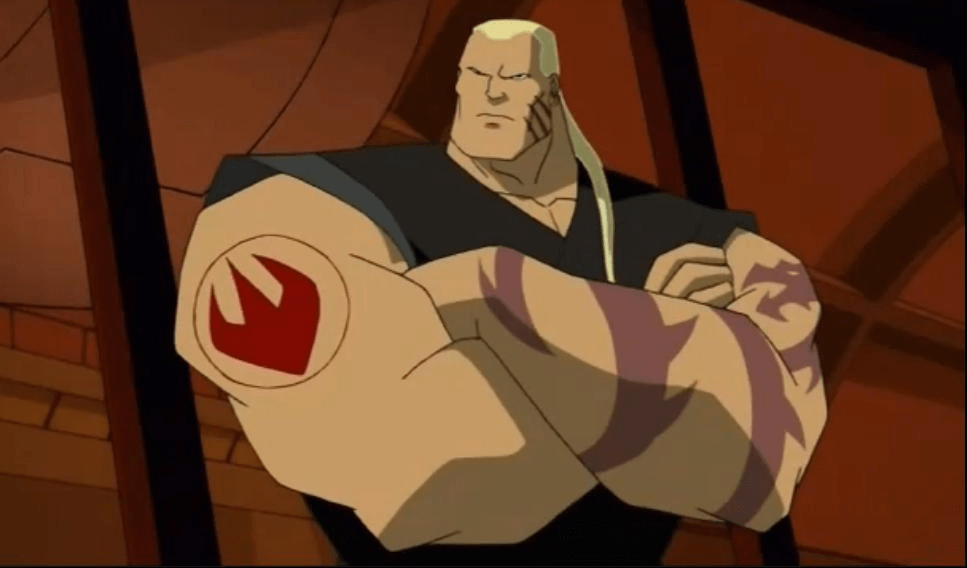 I clearly remember him; the 7-foot blond guy with a scar in his face and a dragon tattooed in his left arm… He was created specifically for the 2003 animated series in which he is the leader of the Purple Dragons gang and also The Utrom Shredder’s right hand man. He was one of the primary antagonists of that TV series and later he became one of the most important and prominent villains in the entire franchise. 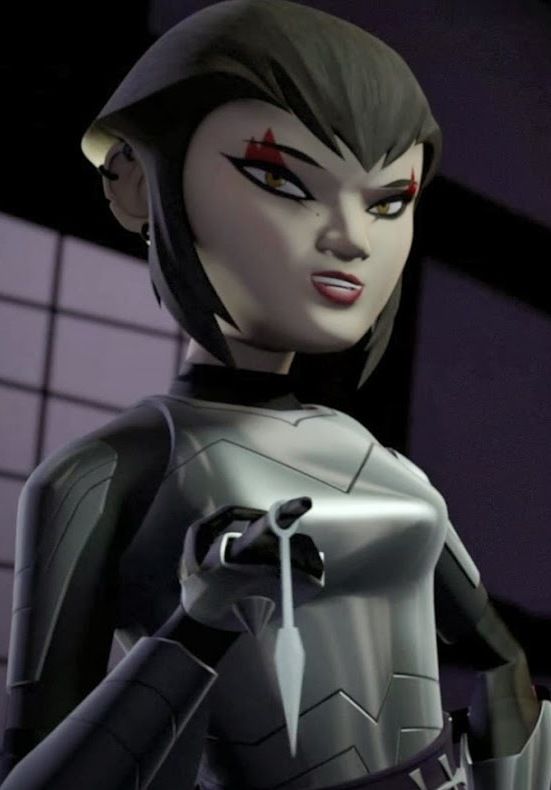 This one is a little bit complicated. Hamato Miwa, mainly known as Karai has been portrayed as both the biological and adopted daughter of Shredder, but also has been played as the biological daughter of Master Splinter… And the love interest of Leonardo. That’s both complicated and weird. She was also known as Lady Shredder at some point. She is a high rank member of the Foot Clan and a common and important villain in the franchise.

You thought that the TMNT franchise doesn’t have a crazy scientist who is capable of building high-tech machines? Well, you thought wrong. Since day one, this mad scientist has been a nightmare for the turtles. He is the creator of the Mousers; small killing robots meant to destroy sewer rats like Master Splinter. In some versions he is a tiny fly and in the 2018 animates series he is a boy called Baxter Stockboy… You got the joke, right? Stockman… Stockboy… Yeah, is not funny at all. 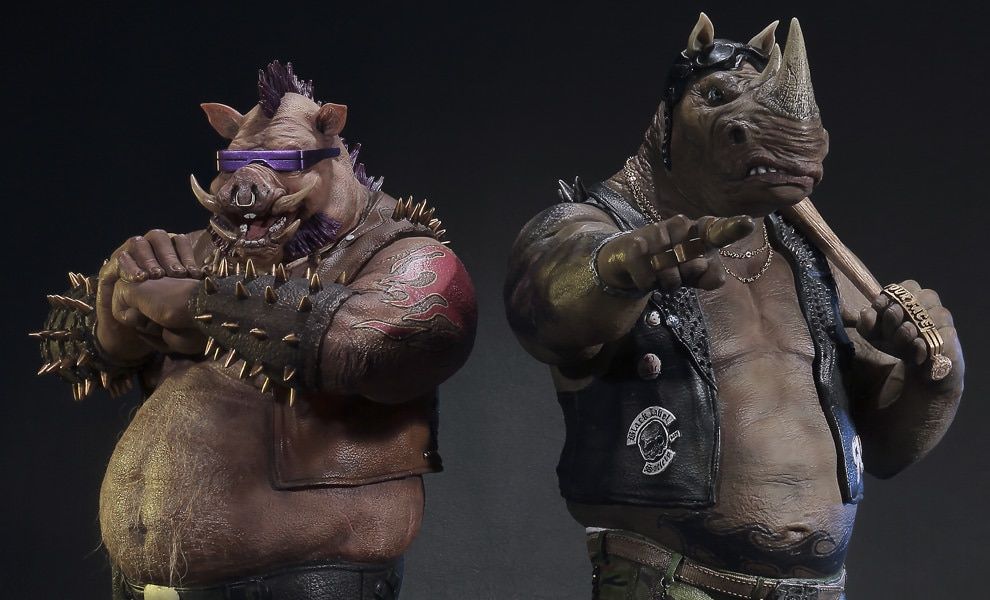 These two stupid mutants are the Shredder’s primary henchmen and two of the most popular villains in the franchise. They used to be humans that were mutated by Shredder to help him to finally defeat the turtles to no avail. They are featured in almost every episode of the original animated series; they also have appeared in the 2012 series, comics and 2014’s Teenage Mutant Ninja Turtles: Out of the Shadows. 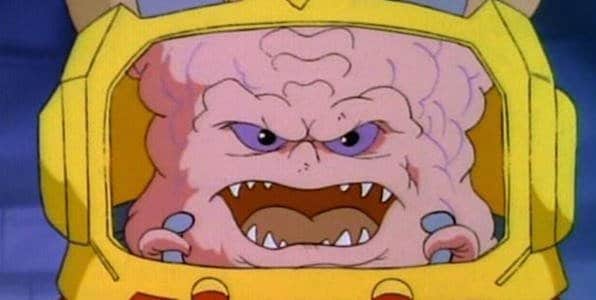 One of the primary antagonists of the Ninja Turtles. Also spelled “Kraang”, he is based on the brain-like Utrom, an alien race from the Dimension X where he was a warlord/dictator, commander of the Rock Soldiers, and also an ally of Shredder. He is an unparalleled genius and enjoys to bring suffering to other living creatures, what a prick. He made hit first official live-action appearance in Teenage Mutant Ninja Turtles, Out of the Shadows. 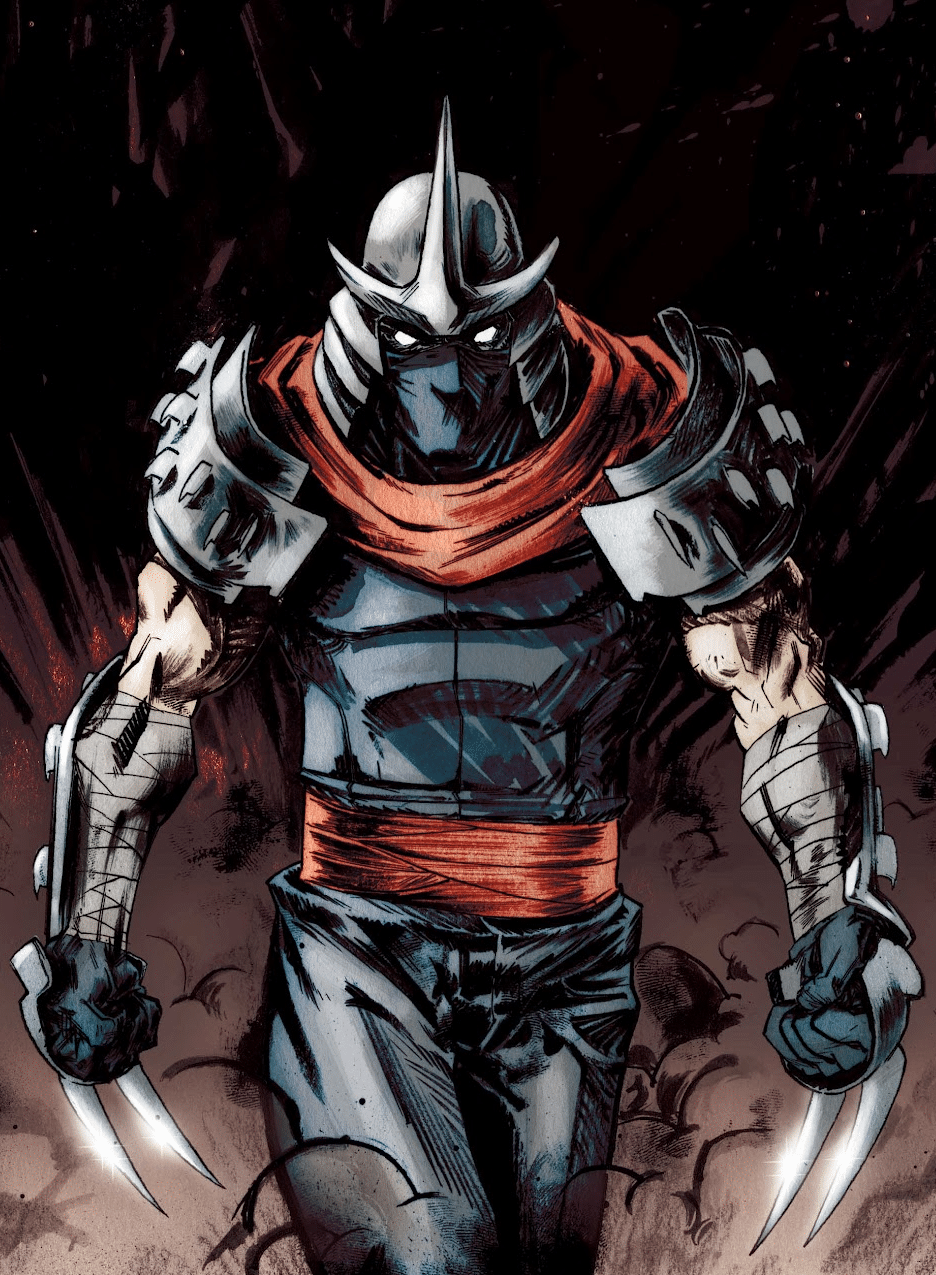 Let’s be honest, it was obvious that Shredder would be the number one in this list; he is the perfect villain for a franchise like this one; cruel, heartless and doesn’t care about anyone but himself. His history has changed over the years but his connection with Master Splinter and his hate against the turtles remains intact. Leader of the Foot Clan; Oroku Saki, better known as Shredder, is widely considered as one of the greatest villains in comic history and one of the best villains ever created. He has been cosplayed millions of times throughout the years by fans of the franchise. Nobody can be a better villain than Shredder in this franchise, he is too perfect.