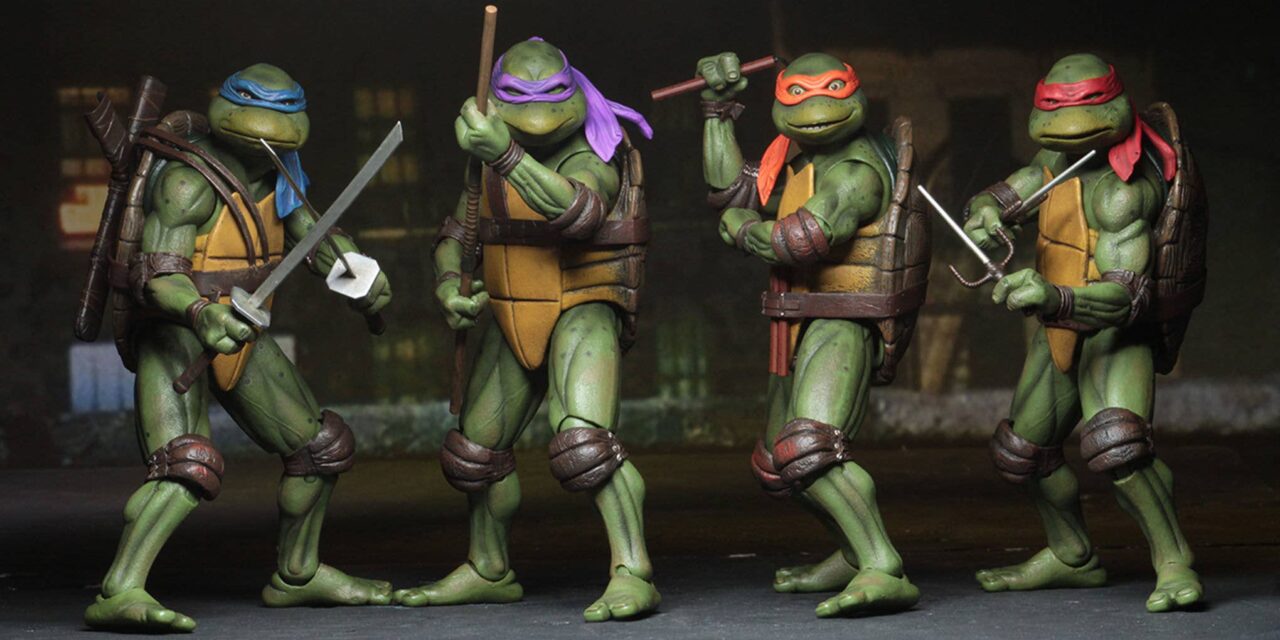 It is inevitable for a lot of people in the world when they first see a toy when they are young to want to open their imagination with different events and actions with which they interact in turn with the environment. In this particular case, they are collectibles of great importance today, and they will be enlisted with our favorite armored ninjas: Leonardo, Michelangelo, Raphael and Donatello.

We’re going to talk about the top 10 Teenage Mutant Ninja Turtles toys and some of the most interesting stories that we can find about them.

This is an interesting fact: before starting the production of these toys, the black and white comics were the only place where you could find everybody’s favorite turtles, so they could only be distinguished by their weapons and their main letter in the belts of each. And when they were licensed to be on television and toys, the bandanas were colored to differentiate them.

Being the genius Donatello, with a purple bandana he was officially unveiled and today the value of this toy for collectors is quite considerable.

In celebration of 30 years of animated adventures of everyone’s favorite heroes in the middle of the shell, Neca Toys produced a stellar San Diego Comic-Con exclusive limited-edition collectible set with carrying case.

Another interesting fact: in 1984, when Teenage Mutant Ninja Turtles issue # 1 was published, the name of one of the heroes of the book was misspelled: Miguelangelo was originally misspelled and was placed “Michaelangelo” by Peter Laird and Kevin Eastman.

On top of that, Laird has also revealed that the reason the turtles have names based on Renaissance artists, as opposed to nicknames from the Land of the Rising Sun, was because the duo couldn’t come up with compelling Japanese names.

This figure of the funny Miguelangelo carrying nunchakus is well valued in the current market.

When it comes to defeating villains, Leonardo is always ready and prepared to go into action, as well as always keeping an eye on the most important details and thinking coldly about things.

Despite starting their production and sale at that time, the appreciation of these toys has increased considerably, as well as the comics that are well preserved over time, since they are collectibles that stopped being produced ago long time.

The member who is always eager to fight the villains and lead his brothers to victory, the warrior Raphael with his double Sai in hand and other different ninja weapons that he normally implements in combat.

Since the beginning of toy production decades ago, many companies have been creating their own versions of action toys and that has continued in even more recent times, and despite not being an heirloom, they are still valued for their impeccable design and details comparable to the comics, which is always nice and valued.

One of the perfect examples for this case is the version created of Cerebral Krang by First Gokin, a third-party company specialized in creating high-relief action figures. Cerebral is an impressive interpretation of the cyborg exosuit piloted by the mutant Krang of the size of a brain.

The 1994 Shogun Shoate, described on its blister card as the “Crazy Metallic Shogun Mauler”, was one of a dozen late introductions in the ninja turtle toy line, but this one actually has a very interesting story and it’s a fitting anecdote for this discussion about the value of toys throughout the years and how that perspective can change.

This well-detailed toy resulted in buyers overlooking the figure at the time of its initial release in the intervening years. However, the Shoate star has risen dramatically and the figure is at the top of the “most wanted.” of many toy collectors today.

Fall 2017 brings the impressive release of several officially licensed Sixth Scale figures from Sideshow and their partner Threezero, among the first of these stellar releases are TMNT villains Bebop and Rocksteady.

Since they both appeared in the 2016 film, both the Bebop and Rocksteady figures feature freshly sculpted bodies with incredibly detailed heads and skin textures, realistic paint application, removable accessories, faux leather clothing, and over 25 stitches. of articulation.

At the time, the only one undercover was Donatello, but then in 1994 they decided to disguise the other turtles, which currently it can be said that Donatello, Leonardo and Miguelangelo do not have much value, but Raphael’s toy has progressed until becoming one of the most valuable toys.

This mutant cat thief dressed in a striped jailer bird uniform was one of the last figures produced as the original ninja turtles toy line drew to a close, thus give it a very special place in the history of the turtles’ toys lines.

Due to its relative rarity, it has since become the most prized figure in the history of Ninja Turtles toys, even out of the box, this figure sells for a couple hundred bucks, but a scratch in mint condition on the original card it costs more than $1200.