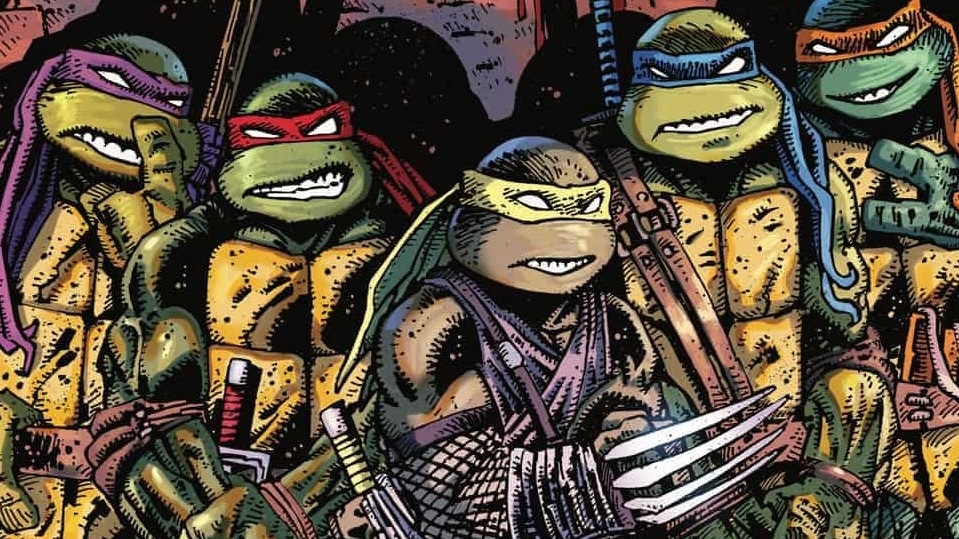 Did You Know There Are Currently 5 Ninja Turtles?

Many times you will hear this turtle called Raph.  He is known as the bad boy turtle with the red mask.  This is the one who doesn’t hesitate to throw a punch and has a nature that is extremely aggressive as well as rebellious.  Generally he has a New York accent.  Personality wise he is sarcastic, fierce and has a sense of humor that is totally deadpan.  The only loyalty that he has is to Splinter and the other turtles.  His weapon of choice is a pair of sais (pronounced “size”).

Leo is the leader of the turtles and a devoted aficionado of martial arts.  He has a blue mask and his weapons of choice are two swords. The type of sword appears to be the subject of some debate. IN earlier renditions they appear to be katanas (curved swords, which samurai were known to use). However, in more recent versions his swords are generally straight, which is more in line with the shorter swords generally used by feudal era ninjas; In ninja movies, they are referred to as ninjato or ninjaken, but there is little/no evidence that ninjas actually used such swords. Rather, they are likely to be loosely based on the short swords ninjas were known to use (wakizashi or chokutō type swords). Leonardo is also the oldest of the turtles, as well as the team leader.

Michelangelo goes by Mikey or Mike.  He is the easy to get along with jokester and serves as a bit of contrast to the more serious Raphael.  A fun-loving and free-spirited turtle who has an affinity for his orange mask.  He uses nunchakus and is the youngest of the turtles.  He is sometimes depicted as idolizing Raphael. Generally he has a SoCal-style accent with a creative and adventurous side.

Donatello is also known as Donnie or just Don.  He is the turtle who sports a purple mask.  Donnie is the scientist – engineer – inventor and all around tech guru of the group.  That doesn’t mean that he can’t fight though.  He wields a weapon know as a bo staff and while he is the least violent in the bunch he does have his moments.

Jennika, or Jenny for short, was the ninja chūnin of Splinter’s Foot Clan, a dear friend to the Turtles and for a time was a love interest to Casey Jones. Originally human, she is now a mutant turtle after her life was saved by an emergency transfusion of mutagenic blood donated by Leonardo. Jennika has a tough girl persona but is really sweet and caring. Like Raphael, she has a lot of anger issues but is better at controlling her temper than he is and has better manners. She is also a big fan of heavy metal music

Anyone with a basic understanding of European history will realize that the Ninja Turtle names are based on famous European artists. An interesting note, Michelangelo’s name was originally misspelled as Michaelangelo. This mistake would finally be changed in 2001.