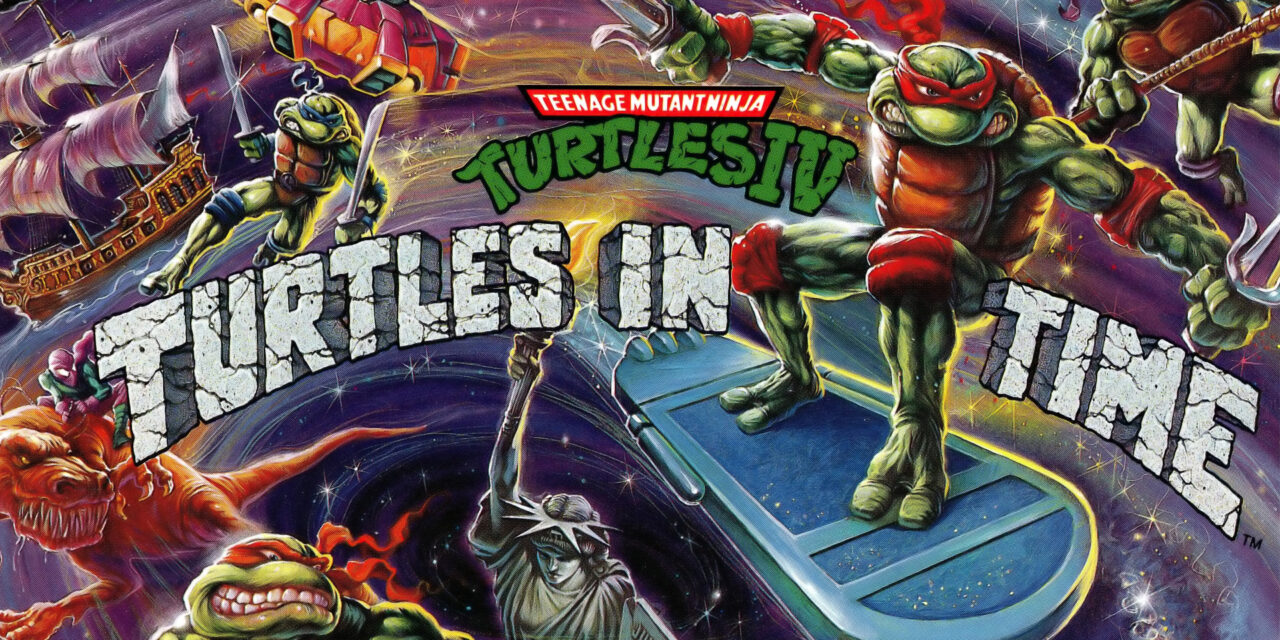 Last time when I talked about the ten best teenage mutant ninja turtles villains, I said that this franchise has a lot of other things that are awesome; comics, action figures, movies and video games… Well, guess what? I am going to talk about video games this time around.

Since 1989, many TMNT video games have been released to critical acclaim and commercial success and other video games has been heavily panned by critics despite selling considerably well. Some of their classic video games are considered collectibles and are hard to find nowadays, unless you want to pay like 120 bucks in Amazon (while I was writing this, I searched for a TMNT classic video game in Amazon and TMNT: Turtles in Space is being sold for that amount, crazy stuff).

Released in 2005 by Konami for the PS2, Xbox, GameCube, and PC. This game is like a mix between Super Smash Bros, Mario Party, and obviously, TMNT. You can control one of the 4 turtles or one of the 12 other characters to fight against each other in 4 different game modes: Last Man Standing, King of the Hill, Keep Away and Knock Out. The game isn’t perfect; the controls and graphics aren’t the best but the fast-paced and frenetic gameplay for 4 players makes the game fun.

Released between 1993 and 1994 by Konami for the NES, SNES and Sega Genesis. It’s hard to see the turtles fighting each other, but that is something normal for a video game like this. With graphics and controls similar to the Street Fighter franchise; the SNES version is considered the best. Why I say this? Because each version has a different cast of characters; Konami made the game different for each console; so, it would be fantastic to have all 3 versions.

Released in 2016 by Activision and developed by PlatinumGames for the Xbox One, Xbox 360, PS3, PS4 and PC; this is the last TMNT game until now. PlatinumGames are known for their exaggerated, over the top video games like Bayonetta and Metal Gear Rising, so this game was expected to be a masterpiece. The combat is considered the best part of the game; each turtle has and unique abilities and a different style of ninjutsu, and can be played online with 3 players more. The bad part is that some missions are repetitive and annoying… That’s really bad.

Released in 2007 by Ubisoft. This game is based on the 2007 film of the same name; in fact, the game was released 3 days before the movie. The game took many influences from Prince of Persia, so the game is considered more of a platformer than a beat ‘em up. The game has 16 levels and 16 unlockable challenge levels. Like the game mentioned before, each Turtle have unique abilities capable of solving platforming challenges.

Released in 1993 by guess who? Konami! It was released only for the Game Boy and it is considered the best of the Game Boy games based in the franchise. Radical Rescue is different from the other ones, because its game style is leaning more towards a Metroidvania than the others. Each turtle can use their weapons in unique ways; Mikey can use his nunchucks as a “heliturtle”, Leonardo can break rocks with his katanas, Donatello can scale any walls and Raphael can hide inside his shell… Raphael doesn’t hide in reality, he is a true chad.

Released in 1991 by Konami (again) for the NES. This game took elements from Turtles in Time and The Arcade Game to create the best TMNT game on the original Nintendo. It can be played single-player or coop with another person and this game was one of the first video games in the franchise to give different special attacks to each turtle; the developers wanted to create something different and new for this game, they didn’t wanted to create a generic beat ‘em up video game so the decided to give unique special moves to each turtle which was a innovative idea back in the day.

Released in 1992 by you know who and only for the Sega Genesis. This game is considered a remixed version of Turtles in Time, in fact, the stages have been reconfigured from Turtles in Time. But not for this the game is bad, not at all… The game is one of the best in the franchise and the best for the Sega Genesis by a mile. The only bad thing is the removal of the mechanic of throwing Foot Clan ninjas at the screen, it was fun as hell

Released in 2004 by Capcom and… SYKE! It was developed by Konami too hehe gotcha! This video game is based on the 2003 animated series like its predecessor Teenage Mutant Ninja Turtles (2003). I loved its predecessor but this one is clearly better; it supports up to 4 players, the cell-shaded graphics are great and represents how the 2003 animated series looked like, the gameplay is enjoyable and has the arcade game of the turtles as an unlockable.

Released in 1989; this game put the TMNT franchise on the map for gamers because basically laid the foundation for all the following games in the franchise; satisfying combat, up to 4 players can play and the turtles were no clones of each other. In 1990, it was ported to the NES and this version is more remembered than the arcade version despite being inferior than the other. In 2007, this game was released under the name “TMNT 1989 Classic Arcade” on the Xbox Live Arcade.

The best of the bunch. Released in 1991 for Arcade and the SNES, but we are going to talk about the Arcade version. This game is not only considered the best TMNT game, it’s also considered one of the best arcade games of all time. Everything about this video game is great; the soundtrack is phenomenal, the fighting tempo is fast and the combat is amazing, which is weird because there are only two buttons to press, the graphics are standouts back in the day and still hold up today. The game was ported to different consoles later; in 2005, an altered version of the arcade game can be unlocked in TMNT 3: Mutant Nightmare; in 2009, Ubisoft released a remake called TMNT: Turtles in Time Re-Shelled for Xbox 360 and a downloadable PS3 version was released via PlayStation Network on 2009.